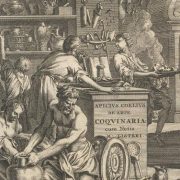 The trans-disciplinary course Food and Medicine in Antiquity, taught by Alain Touwaide during Spring Term, culminated with a Roman dinner organized in collaboration with The Huntington in San Marino. In keeping with the theme, a centuries old text took center stage: an ancient cookbook known as Apicius, De re coquinaria (On the culinary art). Though attributed to Marcus Gavius Apicius, a wealthy 1st century BC/AD Roman gourmet, the cookbook is a 4th/5th century compilation that includes some recipes possibly dating back to Apicius.

On Sunday June 3, students enrolled in the course who come from a vast array of disciplines (including but not limited to classics, history, anthropology, biology, microbiology, environment studies, economics, communication, design, arts, and theater), enjoyed a 5-course menu in the Mediterranean tradition. Student and apprentice chef Sophia Denison-Johnston created this menu: for appetizer a cheese- and garlic spread with olives; for the main course, chicken in red wine and garum, fish with a pesto-like mix of herbs and spices, and asparagus with a mousseline; for dessert, dried fruits. 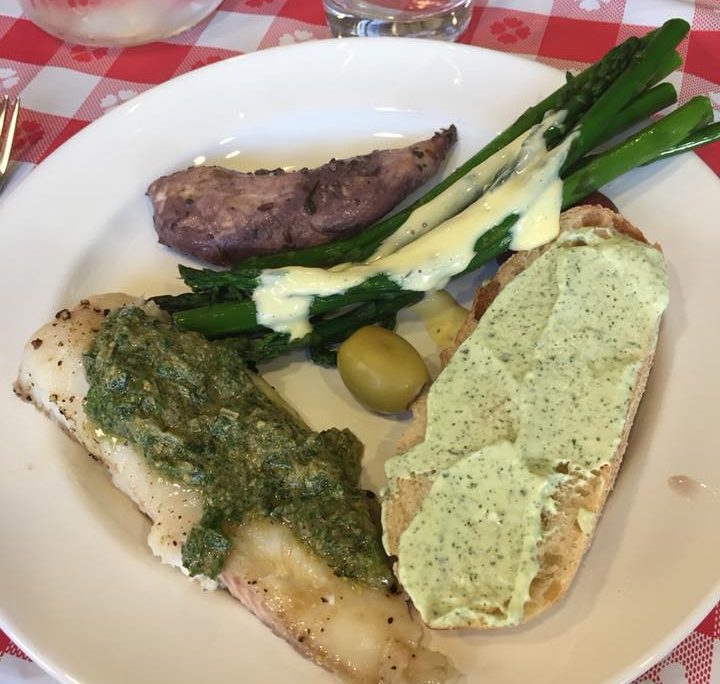 This experience of applied history was a truly unique opportunity to bring the classics to life and to explore the roots of the Mediterranean diet. Not only did student enjoy its health-promoting benefits, they also engaged with a cultural approach to nutrition and the human dimension of collaboratively preparing and enjoying a meal.

The Semel HCI Center invited Sophia Denison-Johnston and Andrea Zachrich, students in the course, to share their experience of preparing Apicius’ dishes. 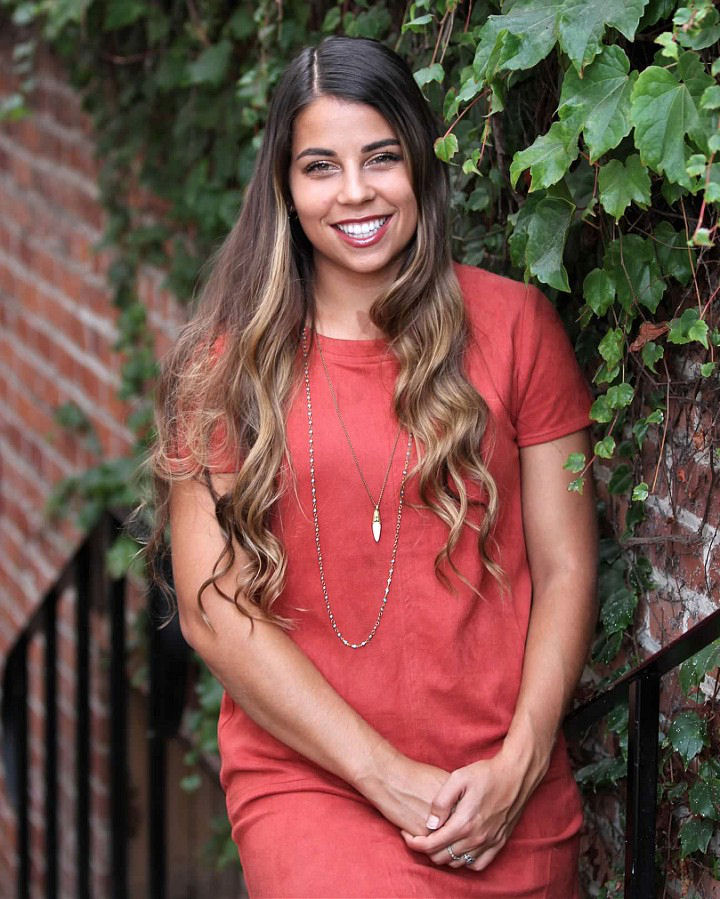 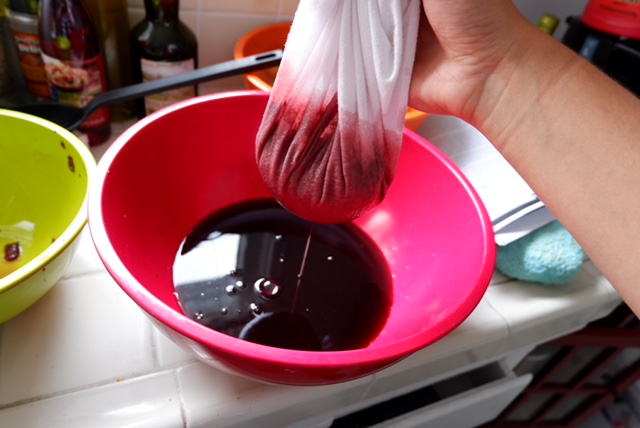 Take firm, early or undersized fruits, wash them, remove the stone and put them (to cook) in cold water and then arrange them in a dish. Pound pepper, dried mint, pour on liquamen, add honey, passum, wine, and vinegar; pour over the apricots in a dish, add a little oil and let it come to heat over a gentle fire. When it is simmering, thicken it with starch, sprinkle with pepper and serve.

This recipe does not give the cook much to work with, and some of its ingredients do not exist anymore, such as the garum. I attempted to find ingredients as close as. 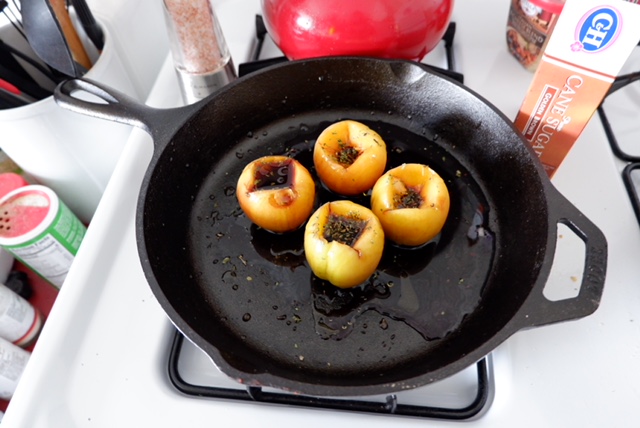 Boiled fish with a sauce of herbs and spices, and  peas 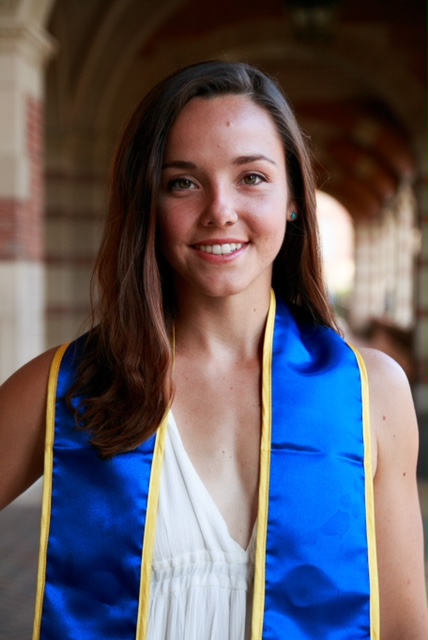 Cook the peas, stir them and put the pan in  cold water; when it has gone cold, stir again. Chop onion finely with cooked white of egg, season with oil and salt, and add little vinegar. Pass cooked egg yolk through a sieve on to the peas in their serving dish. Poor green oil on  top and serve.

Ingredients (with substitutions for modern times)

Preparation: While Apicius lists the ingredients and sometimes will refer to method, usually the methods are assumed to be known. Here, I have outlined in greater detail the methods I used when cooking these two dishes. 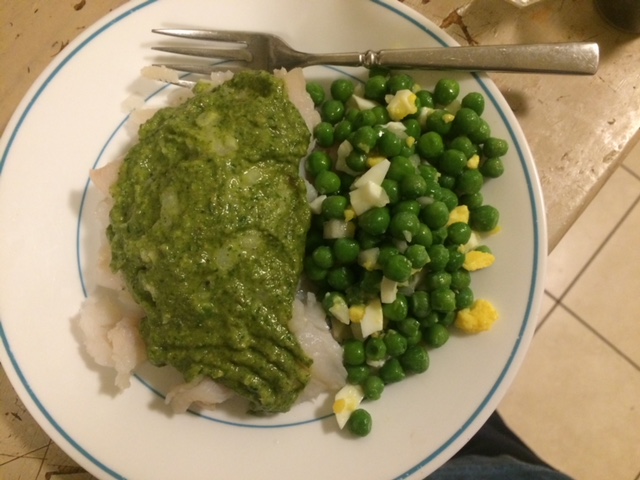 The peas were delicious! The peas themselves were sweet, with a more salty and savory flavor that balances out the sweetness of the peas. The dish was very light, yet filling, and satisfying along with the fish.

The fish itself was quite plain, but this is intentional in order to highlight the sauce. The sauce tastes much like a pesto; the strongest flavors coming through were the herbs and nuts, with the sweet dates and honey balancing out the sharper vinegar, bitter herbs, pepper, and fish sauce.

Christopher Grocock and Sally Grainger (eds and trs.), Apicius. A critical edition with an introduction and an English translation of the Latin recipe text Apicius. Totnes: Prospect Books, 2006, pp. 203, 213 and 301.

Alain Touwaide has taught several courses at UCLA over the years 2015-2018, on topics such as the History of Medicine, Food and Medicine, and Venoms and Poisons. A Classicist, he has co-founded the Institute for the Preservation of Medical Traditions, which fosters the trans-disciplinary study of  past medical and culinary legacies for possible renewed applications. A Historian of Science at the Smithsonian for 15 years, he is now based at The Huntington in San Marino.
https://eatwell.healthy.ucla.edu/wp-content/uploads/sites/2/2018/06/de_re_coquinaria_1709-e1528920899499.jpg 376 399 uclahci https://eatwell.healthy.ucla.edu/wp-content/uploads/sites/2/2020/10/EatWell-white-background.png uclahci2018-06-13 13:16:012018-06-13 13:19:08Cooking with Apicius: A Mediterranean Kitchen in Westwood
Scroll to top