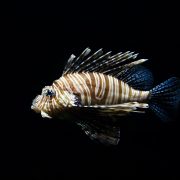 UCLA Dining continually strives to provide delicious, nutritious, and sustainable dishes for students within its dining halls. As part of this effort, Dining has begun to incorporate “bycatch fish” caught in overpopulated areas in order to add a larger variety to the menu, and to help the environment as well.

Shrimp, salmon, and tuna are some of the most popular fish in the United States, which makes them the target population for many companies. As a result, most other types of fish that are caught while fishing will be released back into the ocean, often injured or dead, which results in a large waste of food both for humans and wildlife. These unwanted fish are referred to as “bycatch fish.”

Dining, recognizing this issue, has begun to work with their regular suppliers in order to use bycatch fish. Al Ferrone, the Senior Director of Dining says their goal is to “identify fish that are underutilized and caught unintentionally” in order to use them, rather than fishermen “throwing them back in the ocean and wasting them.”

Specifically, Ferrone says Dining is looking at fish like lionfish, which, due to overpopulation, have been eating all of the coral off of the Gulf Coast; as well as catfish which have, by a similar issue, been eating all of the crustaceans off the coast of Maryland. While Dining typically likes to source their ingredients locally, when it comes to ingredients like the fish above, they don’t mind getting food from around the United States as long as it’s helping the environment.

Adding a variety of fish to dishes isn’t just good news for the environment, but for students as well. Fish contain protein and fatty acids needed to keep your body healthy and are correlated with improved heart health and long-term overall health benefits.

To catch these fresh fish dishes, students should keep an eye out on the Dining menus. The fish will fluctuate depending on when they’re caught, but students can expect more fish in a larger variety within their Dining halls. In addition, UCLA can look forward to a growth in variety of dishes offered as Dining continues to look for delicious and healthy products that help the environment.

Photo: Depicted above is a lionfish, one of the many fish Dining plans to use in their new dishes.

Aurora Finley is an undergraduate student at UCLA majoring in English. Along with blogging for the UCLA Healthy Campus Initiative, she is the Sexperts Executive Director for the 2017-18 academic year. She is also a regular volunteer for UCLA’s Habitat for Humanity chapter and blogs for the online UCLA Odyssey community.